In a surprise move environmentalists call “breathtaking,” U.S. Sugar Corp. plans to announce today a deal to sell the state 187,000 acres in the Everglades for $1.75-billion.

If approved, it would be the largest conservation purchase the state has ever made, helping restore the ecosystem’s natural flow and providing a quantum leap to the effort to clean up the Everglades.

“It’s like the Louisiana Purchase for the Everglades,” said John Marshall of the Arthur R. Marshall Foundation, an advocacy group.

The effect on U.S. Sugar is also profound. A force in Florida’s economy and politics for decades, the Clewiston company could cease to exist in about five years.

The farmland, currently used for sugar cane and citrus production, is sprinkled around the south end of Lake Okeechobee. It would be converted into reservoirs and water-filtering areas. The state could trade parts to competing sugar interests for other property deemed vital to the restoration effort.

Company executives plan a 10:30 a.m. announcement in Loxahatchee along with the South Florida Water Management District and Gov. Charlie Crist.

“It would be breathtaking in its significance and priceless in value,” said Kirk Fordham, chief executive officer of the Everglades Foundation. “It would be a once-in-a-generation opportunity that would move Everglades restoration beyond all expectations.”

The deal, hashed out in secrecy over recent months, would be the state’s largest land purchase, surpassing the 74,000-acre Babcock Ranch acquisition in Charlotte and Lee counties in 2006, then considered the biggest conservation feat.

It towers over the last Everglades purchase, when the state paid $133-million in 1999 to St. Joe Co. for the 50,000-acre Talisman Sugar Plantation.

“This is monumental, an unprecedented opportunity,” said Jennifer Conner, a senior policy adviser at the Nature Conservancy.

Eric Draper of Audubon of Florida called the purchase the “missing link” in the restoration project, because it would connect the Everglades with Lake Okeechobee.

“This deal brings a commonsense idea to the table,” Draper said.

The entire restoration effort is the largest of its kind in the world, attempting to undo and reroute decades of flood control projects that have diverted water to make way for growth. What’s left of the ecosystem is about half the original size.

In 1999, state and federal officials unveiled a multibillion-dollar plan to return the Everglades to a semblance of its former self. The plan required capturing water before it reached the ocean and rerouting it through the Everglades.

Because of many delays, some of the restoration plan’s crucial elements are already six years behind schedule, and the cost has ballooned, according to a Government Accountability Office report released in July. Through 2006, the federal government spent $2.3-billion on Everglades restoration, while Florida spent $4.8-billion.

Environmental groups and the state have long envied the U.S. Sugar property only to be rebuffed by the company. Now, for reasons that were still unclear Monday, the company has decided to change course.

Neither U.S. Sugar nor the governor’s office would comment on the deal Monday. A few environmental leaders were still in pleasant disbelief it would happen, stunned such a major deal could be hatched in secret.

The $1.75-billion price tag is tentative as the state will have to appraise the property, as is required by law. U.S. Sugar would lease it back for about five years, offsetting some of the cost.

Property taxes paid by people in 16 counties served by the South Florida Water Management District would be leveraged to issue bonds to help raise the money.

Information from the Associated Press was used in this report.

$1.75-billion: The price the state has agreed to pay

700,000: Approximate amount of tons of cane sugar U.S. Sugar produces in a year. 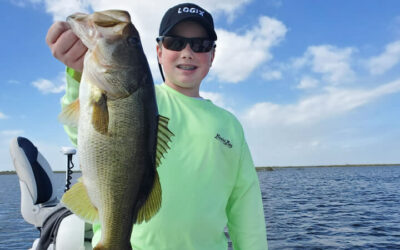 March Florida Okeechobee Fishing Lake Okeechobee is available to explore and go fishing. Most of the boat ramps are...