Harris Chain Fishing Update The Harris Chain of Lakes is still open for fishing. We are open but are not [...]

March Florida Okeechobee Fishing Lake Okeechobee is available to explore and go fishing. Most of the boat ramps are open [...]

Isolation Kissimmee Bass Fishing During these times of social isolation, getting outdoors can be a great way to stay active. [...] 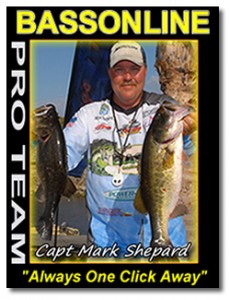 Captain Mark Shepard a full-time guide and touring professional. Experience includes BASS Master, FLW Tours, Everstart and many others. Mark has a list of accomplishments in the fishing industry a mile long including a Everstart WIN on Lake Eufaula AL. Mark originally from Florida moved to Ohio to sharpen him northern skills and moved back from Ohio years ago to master guiding on world famous Lake Okeechobee

Mark’s our lead guide on the “Big O” Lake Okeechobee, he has also become a master of the Everglades and his home base is in Clewiston, Florida. So come fish with Captain Mark a true professional in every sense of the word. You can read more about Capt Mark @ Okeechobee Fishing Guide 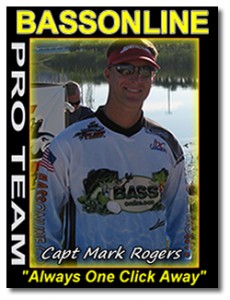 Captain Mark Rogers is a full-time Okeechobee fishing guide and touring professional.
Experience includes BASS Master Elite Tour, FLW Tours, Everstart, BFL tournaments and many others.
Mark has a list of accomplishments in the fishing industry a mile long. Originally from California moved to Florida, sharpen his northern skills years ago to master guiding on world famous Lake Okeechobee
Captain Mark is sponsored by: Jolly Roger Marina, Slims Fish Camp, Bass Assassin Lures, Abu Garica, Cabin Creek Baits, Mercury Marine, Power Pole and Bass OnLine.com
Captain Mark’s has the biggest boat in our fleet, so trips on the “Big O” Lake Okeechobee, he has can take 3 to 6 people with a problem his home base is in Naples, Florida. So come fish with Captain Mark a true professional in every sense of the word. You can read more about Capt Mark @ Naples Bass Fishing
To go fishing with Capt Mark click here! 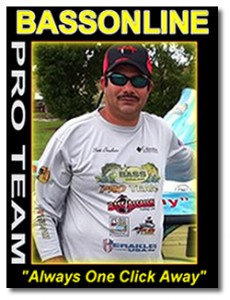 Specializes: Lake Okeechobee, Florida Everglades, Peacock bass and Lake Ida. Brett is one the most sought after and busiest fishing guides there is, his high repeat business is a testament to how well he treats his customers!

Also visit his website @ Florida Everglades Bass Fishing No trip is to long and there’s always more fish to be caught, that’s his motto. Brett’s energetic and can be heard on our Bass Fishing reports every week giving his latest fishing report for the Southeast Region of Florida. Hay, it may be you he’s going to talk about!

To fish with Brett, fill out the request form!

Owned and operated a landscape company for 13 years until he discovered his dream was to fish!
Also was a paid on call firefighter for 7 years, so anyone concerned with the boat catching on fire…Jason your guy!
Jason is Married with one child. A Member of the FLW Wounded Hero Fishing Program

Capt Jason is a Lake Okeechobee bass fishing guide and is well versed on all types, and styles of fishing, one of his favorites wacky rigging with a Bass Assassin Tapout worm. Ask him about it, you would never guess there could be so many options to fishing and rigging it. Jason guides on Lake Okeechobee full-time as well in the famed Stick Marsh, Lake Blue Cypress and Lake Kissimmee.
To fish with Capt Jason click here! 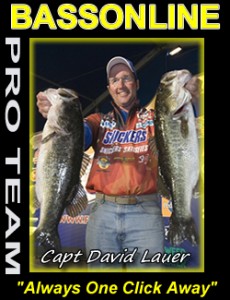 To fish with Capt David, fill out the request form! 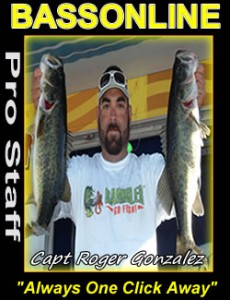 Capt Roger Gonzalez is a local bass fishing professional. Experience includes Stern Series, BFL tournaments and many other local tournaments including two time top 5 finishes on the FLW Tour. He has several accomplishments in the fishing industry, including being one of the best Peacock bass guides in South Florida and conveniently speaks Spanish for all of our South American visitors.

Capt Roger is a South Florida bass fishing guides and is well versed all types and styles of fishing, one of his favorites is the Skinny Dipper. Ask him about it, you would never guess there could be so many options. Roger guides in the Everglades, but really excels at Peacock bass in the Miami area. 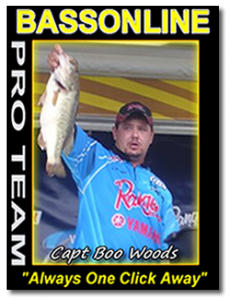 Capt. Boo Woods is part of our Bass Online Pro Team and is a Fishing Guide out of Okeechobee City, Florida

Home Town – Okeechobee City, FL & Kentucky Lake, KY Boo’s a Professional B.A.S.S. & FLW Angler & Okeechobee fishing guides that serving Jesus Christ which is his passion. Boo’s main goal is to spread the gospel and help the weekend angler or outdoors-man with the basic fishing information needed to take his family on a self deserving vacation to Lake Okeechobee one of the best bass lakes in the country. As a professional angler I know how tough and overwhelming it is when you get to a lake and don’t know what or where to begin.

To fish with Capt Boo, fill out the request form! 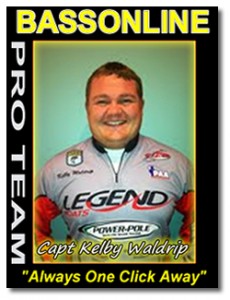 To fish with Capt Kelby, fill out the request form!

Capt. Larry Crossman is a member of our Bass Online Pro Team and considered a top anglers around Lake Okeechobee.
Full-time Lake Okeechobee Fishing Guide
As a Fishing Guide he’s mainly fishes out of City of Okeechobee, Fl, but also knows Clewiston and Belle Glade area.
Home Town – Okeechobee, FL
Has a long list of tournament experiences, including the BFL tournaments wins. Larry has two boats available and can handle 4 or 5 people.

Specializes on: Lake Okeechobee and fishes Live bait and Artificial lures, specializes in working with kids and small groups.

To fish with Capt Larry, fill out the request form!

Capt Bob Miley started bass fishing in 1969, in the Everglades.

The very first trip out he caught a 10lb 0/8 o/z largemouth bass, and has been fishing for bass ever since.

Robert started the fishing club called the Homestead Ambassadors in 1974, which was B.A.S.S. affiliated at the time. He won numerous club tournaments and was Fisherman of the Year twice. He also belongs to Trail Glades Bassmasters, of Miami, where he am still a current member. Robert also belongs to S.A.F.E.R., South Florida Anglers for Everglades Restoration. Robert Miley has been fishing professionally on the B.A.S.S. Eastern Division, for the past 7 years. He also has been working with several Rep Groups over the past 6 years, and travels to most all of the Bass Pro Shops on East Coast working with rep groups and sponsors and their product lines.

Captain Doug Jansen joins BassOnline after relocating to Florida from Louisville, Kentucky. As a native Kentuckian, Doug owned a successful family business for over 35 years and was lucky enough to retire early and fish full time.

Although Captain Doug customarily spent most of his time on Lake Okeechobee, he has recently expanded his guiding to include Lake Ida for Peacock Bass, and the Everglades for Large Mouth Bass.

In addition to a passion for fishing, Captain Doug really enjoys meeting new customers of all skill levels. He is always excited to share his techniques and his love of the lakes and fish. His clientele ranges from 6 years old to our more “long in the tooth” customers.

Lastly, Captain Doug volunteers his time, his boat and his expertise to various charitable organizations, especially those dedicated to our service men and women as they readjust to civilian life after suffering injuries in combat.
To fish with Capt Doug, fill out the request form!

Click below on the region of the map you wish to find other fishing reports!

Click below on the region that you wish to find a fishing guide!

Return to Fishing Reports Main Page Additional information on Okeechobee and Lake Okeechobee Fishing . Our Okeechobee bass fishing guides have been the highest rated and most prestigious Lake Okeechobee bass fishing guides since inception, written up in Forbes as “Florida’s #1 Rated Urban Anglers” and now accredited as the official guide service of NASCAR. Featured in many TV show should as North American Fisherman, ESPN and others. Please check out our video page of the website to see our shows. This is all due to the quality of the service and vast repeat customer base we attract. We have built our business on years of customer satisfaction, and we continue to achieve the highest standard in the Florida freshwater fishing industry.