Zoo and Budge continue the fun on Lake Erie

Zoo and Budge continue the fun on Lake Erie

Lake Erie[5] (/ˈɪəri/; French: Lac Érié) is the fourth-largest lake (by surface area) of the five Great Lakes in North America, and the eleventh-largest globally if measured in terms of surface area.[1][6] It is the southernmost, shallowest, and smallest by volume of the Great Lakes[7][8] and therefore also has the shortest average water residence time. At its deepest point Lake Erie is 210 feet (64 metres) deep.

Situated on the International Boundary between Canada and the United States, Lake Erie’s northern shore is the Canadian province of Ontario, specifically the Ontario Peninsula, with the U.S. states of Michigan, Ohio, Pennsylvania, and New York on its western, southern, and eastern shores. These jurisdictions divide the surface area of the lake with water boundaries.

The lake was named by the Erie people, a Native American people who lived along its southern shore. The tribal name “erie” is a shortened form of the Iroquoian word erielhonan, meaning “long tail”.[9]

Situated below Lake Huron, Erie’s primary inlet is the Detroit River. The main natural outflow from the lake is via the Niagara River, which provides hydroelectric power to Canada and the U.S. as it spins huge turbines near Niagara Falls at Lewiston, New York and Queenston, Ontario.[10] Some outflow occurs via the Welland Canal, part of the St. Lawrence Seaway, which diverts water for ship passages from Port Colborne, Ontario on Lake Erie, to St. Catharines on Lake Ontario, an elevation difference of 326 ft (99 m). Lake Erie’s environmental health has been an ongoing concern for decades, with issues such as overfishing, pollution, algae blooms, and eutrophication generating headlines.

← Prev: Bass Come Out To Play in May on Lake Erie Next: Local guys catch 100 smallmouth on Lake Erie with biggest 6 lbs! → 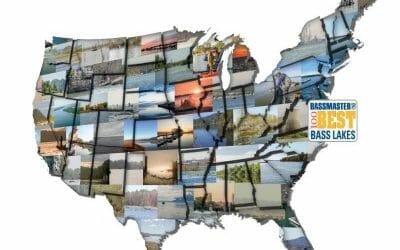