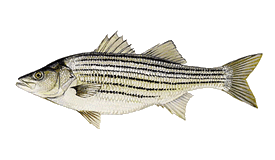 Stripers are the largest fishes in the temperate bass family, one of the most sought-after fishes in Floridian waters and beyond. The striped bass morone saxatilis is also known as Atlantic striped bass, linesider, rock, striper, and rockfish.

On the Atlantic Coast, the striper’s range extends on the East Coast from the St. Johns River in north Florida to the St. Lawrence River in Canada and the Gulf of Mexico from western Florida to Louisiana. The striper fish species cover a wide range, and they thrive both in saltwater and freshwater. Florida is the southernmost home to native populations of Atlantic striped bass.

This Atlantic bass species is indigenous to the Gulf of Mexico. They remain in coastal sounds and estuaries for two to four years and then join the coastal migratory striped bass populations in the Atlantic Ocean. In the ocean, fish tend to move north during the summer and south during the winter.

Striped bass fishes are sleek and long in appearance with a stout body.  They have eight continuous horizontal stripes from their gills to their tail on both sides. Their body coloring consists of olive-green to blue-gray on its back, white on its belly, and silvery brassy sides. They have a more massive head than the white bass fish, which possesses many similarities.

All striped bass fishes in Florida are more of river dwellers than anadromous (living in brackish or saltwater, but spawning in freshwater streams). The striped bass fishery is currently present in a plethora of lakes, salt ponds, impoundments, and rivers. However, stripers prefer water bodies that are relatively clear and have an adequate supply of seafood. They can also thrive on sandy beaches and rocky shores.

Their temperature preference is within the range of 65 to 70 degrees. Given the robust nature of the striped bass, it can swim in harsh environments. Most striped bass fishes travel in schools, except for the huge ones that go solo. If they reside in saltwater, they ensure to change to a freshwater habitat when they go spawning.

Striped bass fishes typically spawn in March, April, and May. They do it when the water temperature reaches the range between 60 to 68 degrees. As far as spawning is concerned, striped bass prefer rivers, and once they release millions of eggs, the water current carries them to various places.

Striped bass spread their eggs across the river, and they show no form of protection or parental care. When spawning, up to seven or eight males surround a large female and bump into her. During the ovulation stage, ripe eggs are released and scattered in the water. Simultaneously, male stripe bass fishes release their sperm.

It must be free-flowing freshwater. There are lots of difficulties in hatchery procedures, especially for procuring females with eggs flowing freely. However, there is a modern technique for inducing ovulation through hormonal use.

Atlantic striped basses are voracious eaters and opportunistic predators who mostly consume various invertebrates and small fish. Adults prefer golden shiners, threadfin shad, and gizzards, while the young ones enjoy feeding on mayflies and amphipods. The significantly smaller ones feed mostly on zooplankton.

Like every other temperate bass, the striped bass move in schools and tend to feed simultaneously. Striped bass feeds the most during the early hours of the day and sporadically throughout the day. Their feeding slows down when the temperature of the water drops below 50 degrees.

The striped bass can live for up to 30 years. Usually, their growth depends on where they live. Male stripers get sexually mature between 2 and 4 years of age, while females are mature enough to reproduce when they are 4 to 8 years old.

These predators can get a size of up to 10 -12 inches in the first year. Stripers have reached weights of over 45 pounds in Florida.

Striped bass stopped naturally reproducing in the St Johns River by the early 1970s. The striped bass stocks in the St. Johns river started in 1972. Further developments in the hatchery led to large-scale productions of the sunshine bass in 1981. The FWC and USFWS have stocked over 20 million stripers and 10 million sunshine in the last 40 years. The stocking in the Florida river served to restore the fishing for stripers by increasing the striper population and providing fishermen with exceptional angling opportunities.

Stripers are among the most sought after gamefish in the United States. The most popular striped bass fishing methods are trolling, fly fishing, shore fishing, and night fishing. Stripers that live in brackish or salt water are more sensitive to tides and currents. These fish most often live near structures. When they in open water, they are most likely focusing on large schools of bait.

This species can thrive in almost every type of coastal environment. Structure points are the best place to start locating their holding spots. Look for ledges, rip lines, rocks, inlets, depressions, and any area that has features offering a place for a fish to lie in ambush.

A striper rig often consists of 4 to 8 feet of monofilament or fluorocarbon leader joined with the mainline then tied to the lure.   There are bag limits and size limits to protect the young striped fish and enable them to grow and protect the population from overfishing.

Most of the striped bass populations on the Atlantic seaboard migrates, meaning the peak fishing season changes from north to south. The majority of the stripers spawn in the Chesapeake Bay in early spring. After spawning in April and May, the fish move northward. Areas of New York and Connective have a strong striper fishing season during the summer. They migrate south again in the fall, going as far down as the North Carolina coast some years. In Florida, the best striper fishing is when they are actively feeding in the fall through spring.

These fish generally has the same habits in whichever part of the world they are in. They tend to hang out in deeper waters during the summer, moving to the shallow area at dawn and dusk to feed. Feeding is often heaviest at night in the summer. During the fall and winter, their feeding takes place throughout the day.

Eels and live shad make excellent baits for catching big stripers. Other popular lures for striper fishing are spoons, bucktail jigs, a spinner alongside a plastic worm rig, and deep running crankbaits. The best bait to use when you notice that they are schooling at the surface of the water is the popping plugs. A jigging spoon is the best lure to use when menhaden or herring are abundant, which are their primary forage species.

Live eels are incredibly productive in the summer and fall, especially at night near structure and inlets. Fishermen can drift-fish with live eel baits in shallow areas or add weight in the deeper waters. Bunker spoons are most productive in the spring and fall.

WHERE CAN YOU FIND STRIPED BASS FISH? 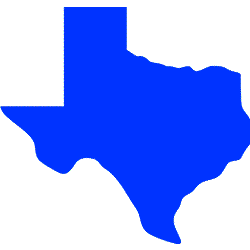 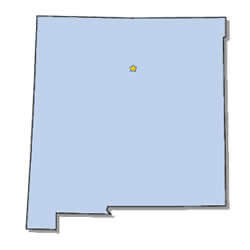