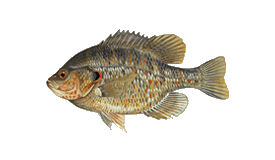 When fishing in the waters of North America, you will inevitably come across the Redear Sunfish. This freshwater sportfish is very popular among the fishing community in the U.S. It is native to the southeastern part of the United States and has been introduced throughout North America’s waters over the years.

In this article, we’ll explore everything to know about this beautiful fish, from what they eat to how to catch one effectively. If you’re new at fishing or a veteran, we’re sure that you’ll learn something new from reading this guide on Redear Sunfish!

Redear Sunfish – Everything You Need To Know

The scientific name, Lepomis microlophus, comes from Lepomis, meaning “scaled gill cover” and microlophus, meaning “small nape” in Greek. The redear is included in the Centrarchidae family, commonly known by the name “sunfish.”

The redear sunfish’s coloration varies greatly, depending on factors such as age, sex, and water quality. The redear sunfish is best known for the red edge of its operculum or “ear” flap. Only males have this flap coloration, while females have a more orange coloration to them. Their coloration can range from a dark olive green above and an almost entirely white bottom belly. Most of them will have green to yellow sides.

Finally, this deep-bodied fish has a unique set of teeth in their small mouth, called pharyngeal teeth. These teeth are used for crushing their favorite food, snails, and mussels, which is where they get their nickname, shellcracker.

Redear sunfish became so popular when they were introduced to the majority of waters in North America, so much so that they’ve become an invasive species in many areas. However, they are originally native to some waters in the U.S.

This shellcracker was initially from Florida, North Carolina, southern Missouri, south of the Rio Grande drainage in Texas, and west to southern Illinois. They mostly inhabit warm and quiet freshwaters such as lakes, streams, reservoirs, and ponds. You can find them congregating in groups near vegetation, fallen logs, and freshwater marsh wetlands.

The diet consists mostly of snails and mussels, with the occasional crayfish, insect larvae, and other small bottom-dwelling creatures.

As for reproduction, the redear sunfish can reach sexual maturity at the end of their second year. They typically spawn during warm months, which are late spring and early summer. There are usually around one or two peaks of activity during these seasons. Redear spawn their eggs in deeper waters, compared to other sunfish species.  They congregate when spawning, making “beds.” These nests are depressions in silt or gravel, shaped like saucers, and located relatively close to each other.

Sunfish are a popular species to fish for because they are a challenge on ultra-light tackle and will take a wide range of bait. However, catching a redear is generally more difficult than their sunfish cousins.

Most of the time, a redear won’t bite on artificial lures. They tend to go for natural ones such as crickets, earthworms, especially mollusks, and snails. The best time to catch them is during their spawning season because after they spawn, they tend to stay in deeper water where they’re harder to locate.

The world record for the biggest redear sunfish caught was on February 16, 2014, in Lake Havasu.

It weighed in at 5.80 pounds while measuring 17 inches in length. It also had a girth of 19.5 inches. You can visit the Bass Tackle Master Store located at London Bridge Road in Lake Havasu City to witness the mounted giant.

The redear is quite similar to the bluegill, except in coloration and body size. These two sunfish look similar and inhabit the same ponds and lakes, to the point that many anglers mistake the two for each other. Redear sunfish have a more gold and green coloration with faint vertical bars, while bluegills have more yellow or orange coloration.

The main difference between the two is their operculum colors. The bluegill features a deep blue or black color while the redear sunfish has red or orange tips near its head.

Another significant difference is how they consume their prey in the water. The redear sunfish has teeth that allow them to crush prey who feed on the bottoms, such as shellfish. The bluegill lacks this ability, which is why you will find them feeding near the water surface, preying on small fish and insects.

Understanding the fish and learning its behaviors is all part of becoming a better angler. We hope that this guide has helped you expand your knowledge on everything about redear sunfish to catch more of these incredible fishes. Even though they aren’t marketed as food, redear sunfish is pretty edible and can be made into a delicious meal in camp. 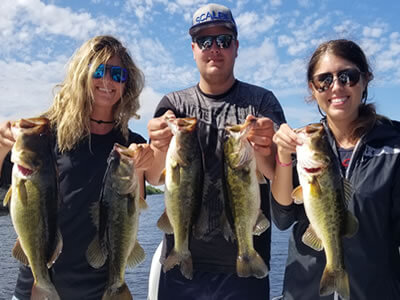