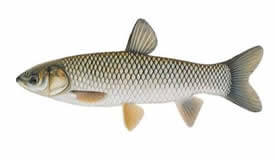 The Grass Carp is a herbivorous freshwater fish belonging to the family  Cyprinidae and the only species of its biological genus Ctenopharyngodon. The Grass Carp is among four species of Asian Carp and the fish species with the largest global production. They are commonly referred to as White Amurs, after the Amur River, where they were native but never abundant. Grass Carp prefer large, slow-moving water and spawn in large rivers with a light current.

Many features make the Grass Carp endearing to millions of people in different parts of the world. For one, its appearance is unique, and its stocking in the waters of Europe and parts of the United States is because of the role this fish plays in aquatic weed control.

This fish serves as a food source and contributes towards maintaining a steady ecosystem by regulating aquatic plants.

White Amurs originate in East Asia, South Russia, and North Vietnam. They are a non-native species imported into the U.S. from Asia for weed control in fish farms and reservoirs. Grass Carp have since been stocked in many private lakes and ponds to control excess vegetation.

In 1963, they were introduced to the United States by the Bureau of Sport Fisheries, which delivered 70 fish from Malaysia to Arkansas. Grass Carp are native to the larger river of East Asia with Pacific drainages, including the Amur River on the Chinese-Siberian border. These introductions have expanded their range into Europe, India, New Zealand, and at least 40 states in the U.S.

The Grass Carp’s body is in the shape of a torpedo. One of the most prominent physical features of the Grass Carp is its elongated, chubby body, covered lavishly with large cycloid scales and seven branched rays on its dorsal fin. Its body is usually a dark olive color that tends towards a brownish-yellow color at the sides, with a white belly. Their scales sometimes show a reddish tint. The unique color of this fish makes it easy to remain hidden underwater.

Grass Carp have dorsal mouths without whiskers surrounding them. Their jaws are robust, with teeth arranged in 2, 4-4, 2 patterns allowing them to eat what they want with ease.

On average, Grass Carp can grow up to 39 inches or 100 cm. Also, they attain these lengths quickly because Grass Carp fingerlings at the beginning of a year will usually become adult fishes (between 23 – 39 inches) by the time it is the fall of the same year.

Grass Carp were initially endemic to the waters of eastern Asia. As a result, they were initially cultivated and cherished by the Chinese for food. Grass Carp began to be exported and stocked in the United States and Europe’s new waters as time went by.

Grass Carp can live in any water body with vegetation. They commonly live in clear ponds, lakes, rivers, and streams and live within the middle to the lower layers of these water bodies because of their herbivorous nature. This enables them to hunt for what they can eat at any time.

Grass Carp can swim quickly. When they are fully grown, they migrate from the lower regions to higher regions of other transparent water bodies to continue their lives. The Grass carp can tolerate a wide range of temperatures, which plays a significant role in a relatively long life span. However, exceedingly low temperatures aren’t the most conducive for Grass Carp, as is the case during winters.

Grass carps are predominantly herbivores. They feast mostly on aquatic vegetation at the bottom of the fishery. They rarely will consume small insects or worms in the water. This fish is known for favoring veggies such as cherry tomatoes and sweet corn.

Generally, Grass Carp can consume a lot of food, and they eat up to three times their body weight every day. For this reason, grass carp need waters full of aquatic vegetation to thrive.

Spawning of Grass Carp usually occurs between May and June. Grass Carp have particular requirements for reproduction, including a temperature of 68 to 86 degrees Fahrenheit; otherwise, their ability to multiply is greatly affected and reduced.

Females usually lay their eggs in higher regions of the river after relocating from lower areas.

After the carp eggs are laid, they begin to float downwards slowly and develop as this movement occurs. Considering that the waters are hardly ever in a state of complete rest, the turbulence keeps the eggs afloat as they drift downwards carefully and mature.

If the eggs get to the water bed without the emergence of young fishes, they die. Their lifespan ranges from 5 to 11 years.

Catching Grass Carp is a great exercise that many tourists and anglers look forward to. However, they are not the easiest fish to catch. Their color matches the water, and they swim swiftly.

They are also very wary and spook easily. It’s best to wear clothes that blend into your surroundings and move slowly. This way, they are less likely to see you from where they are in the clear waters. Targeting grass carp is different than any other; catching this fish requires patience, creativity, and all your fishing skills. Although they are thought to be calm, shy fish, grass carp can fight extremely hard.

Some anglers visit the fishery a few days before the fishing day and sprinkle a few cans of corn on the water’s surface. The corn will attract the fishes’ attention, and they will be more likely to linger in that area. Anglers using a rod and reel instead of a bow require patience, silence, and sometimes chumming to catch a grass carp. Use a free-spool with no drag because if a carp feels any resistance, it will leave the area. If you remove the drag, keep a finger on the line to feel bites.

Suitable bait to catch a grass carp would be a plant or a proceed from a plant. Since Grass Carp are herbivores, they love veggies. Many anglers use sweet corn, cherry tomatoes, watermelons, freshly cut grass from a swampy area, catfish food, small earth worms, or lima beans.

Anglers will also mix canned corn with bread crumbs to make bait balls. Fresh cut grass, acorns, dogfood, catfish food, and oak leaves are even used as bait. Make sure to cover the hook entirely, regardless of the bait used.

The best spots when targeting carp are the parts of the water that have a lot of vegetation. Another way you can catch Grass Carp easily is by fishing at the right time. The best time of day is when the sun is overhead and the waters are warm. Carp Grass fish tend to come upward to find what they can feed on or to bask in the warmth of the environment at these times.

A light line with a 6-8 pound test or medium fishing equipment are often preferred to feel the fish’s true action. Use only enough weight to cast. A BB split shot or slip sinker is often the best. Some anglers prefer to use a heavier setup with a 20 to 30-pound test fishing line to make sure it will withstand the fish’s pull. A long fishing line is necessary because you most likely wouldn’t find the Grass Carp at the water’s shallow regions unless they are spawning, feeding, or migrating. You may have to reach into the water body’s depths to be successful.

Common Carp are non-native but have been in North America for over 100 years. They are a yellowish gold color with larger scales, a downturned mouth, small barbels on its mouth, and a large hump on their dorsal fin. The whisker-like barbels on the corner of the common carps mouth and the long dorsal fin are the main two features distinguishing a common carp from a grass carp.

People use Grass Carp for aquaculture, bringing them into water bodies to control rooted pond vegetation and algae that had grown rampant. The fish eats a lot and overgrows from doing its job so well. The fish eats so much, causing some fisheries to be left with no vegetation at all. After removing all the aquatic vegetation, they begin searching for plant root remains, resulting in muddy waters.

Native aquatic creatures such as bass, bluegill, turtles, and insects suffer from the changing environment. Water management is a balancing act.

When they escape captivity, their feeding habits can damage aquatic vegetation beds vital to the ecosystem and habitat to many native species. The issue comes from the substantial quantities of aquatic vegetation that these fish can eat.

As a result, fisheries biologists have undertaken an annual project to assess their ability to capture grass carp.

Grass carp are mighty good eating, too, a platter not lasting long at a fish fry. And in many regions, lakes and ponds hold grass carp populations that could stand a little thinning. The flesh is white, tender, smooth in texture with practically no “fishy” taste.

WHERE CAN YOU FIND LAKE TROUT FISH? 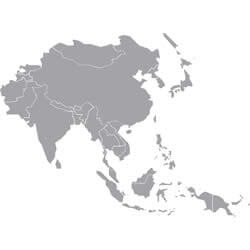 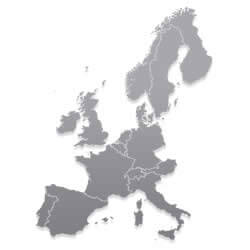