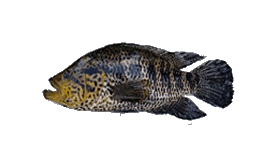 Jaguar Guapote is popular in the tropical fish aquarium market and is a known sports fish in a large portion of Central America. Aquarists likely introduced jaguar fish to Florida after releasing them.

They now thrive in several parts of the South Florida canal system, like Airport Lakes and Snapper Creek.

It’s believed that specimens photograph in 1992 brought the first evidence of their existence in Miami. They’re considered the “most predatory” guapotes for their aggressiveness and danger to the native fish population.

Generally, the jaguar cichlid is similar in appearance to sunfishes and black bass. Their single nostril can distinguish them on either side of their head and their two-part lateral line. The edge of its mouth extends to an anterior edge of that of its eyes. A series of black squares along the sides of their fins among numerous purple to black spots or blotches in their body and fins. Yellowish shades throughout its sizable and robust body. A broken lateral line and its teeth identifiable from the black crappie. Males are generally larger than females.

Its native range is tropical America or the Atlantic slope of Central America and South America. They occupied various habitats in their native range, including lakes and rivers with muddy, rocky, sandy bottoms. Florida and Puerto Rico are known for their Jaguar Guapotes, especially in their warmest parts. Cold winters cause a noticeable eradication of the species. They are most abundant in the coastal canal systems of southeast Florida but live as far north as West Palm Beach.

They are considered an essential food fish in Central America. There are no precautions to it by health officials, and the International Union for Conservation of Nature (IUCN) has it as a least-concern species.

On average, they can grow to 35 centimeters, but there is a difference in size between wild and under captivity. Females are usually smaller than their male equivalents, and their breeding colors can also distinguish them. Curiously it’s hard to spot two jaguars with the same body spots. Although not the larger ones, you could find this species in local fish stores or online marketplaces.

The jaguar cichlid females lay about 4,000 eggs on a flat, hard surface. Both parents are known to protect their young peers by brooding their eggs into their mouths. The spawning season is from March to July, and the second peak in October and November.

The jaguar cichlid feeds primarily on small fish and aquatic insects. They also often consume snails, worms, or even lizards. They can protrude their jaw, allowing them to eat various kinds of small fish and other creatures.

According to different records, Jaguar Guapotes’ capture in fish traps was not that common before 2017. They are still not regulated for length and bag limits by authorities. People usually confused black crappie and wolf cichlid with Jaguar Guapotes because of their similarities. For reasons of sport fishing and generally excellent food taste, the reputation around them is mostly positive.

It is much easier to find them during the dry season when they aren’t as likely to be buried in the rising water’s deep areas. Look for places around trees and other structures or covers.

The sight of shrimps and smaller fishes would help in your fishing endeavors. You could use a light line or flies to catch Jaguar Guapote. A tip from the local experts when targeting this speciess is to wait for their movement; they often dart out of their hiding spot to feed on small fish and shrimp.

Fishing a Florida canal system on light tackle is the most fun for this species. Ultralight tackle is the best way to feel their fight since their size is relatively small. Anglers can catch them on spinning, baitcasting tackle, or flies.

WHERE CAN YOU FIND Jaguar Guapote FISH? 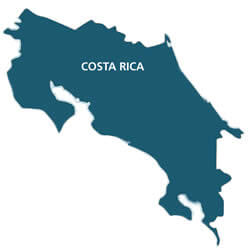 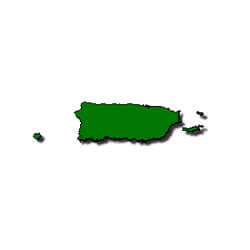