FWC Looking to the Future of Florida Freshwater Fishing

The new year is a good time to start anew. This is certainly true for the Florida Fish and Wildlife Conservation Commission (FWC) as it begins an era of new leadership in 2010. Ken Haddad, FWC’s executive director since 2002, retired in December after a proud career with the agency.

When he became executive director, the agency was in a state of flux as a result of a constitutional amendment, combining the old Game and Fresh Water Fish Commission, the Marine Fisheries Commission and parts of the Department of Environmental Protection into the new FWC. He said he wanted “to see FWC no less than the premier fish and wildlife agency in the country – a progressive and cutting-edge resource management, science and enforcement agency.”

“I want the FWC to be visionary … and to be proactive rather than reactive to resource issues. I want to see a focused, well-managed, and well-funded agency that is a model of efficiency and business for other agencies in the state and nation,” Haddad said.

His diligence and vision helped guide the FWC as it surged forward under Haddad’s leadership. Now it is widely recognized as one of the most progressive agencies in the country. Customer service, continual improvement and staff empowerment were hallmarks of his tenure. He also emphasized stakeholder input and involvement, and helped launch Get Outdoors Florida! (www.GetOutdoorsFlorida.org). Similarly, he was instrumental in bringing about a summit titled “Florida’s Wildlife: On the front line of climate change,” which put the FWC in the forefront among conservation agencies by developing a comprehensive plan of action for Florida to address climate change issues as they relate to the state’s fish and wildlife.

Wiley is passionately dedicated to the conservation of fish and wildlife resources and an energetic advocate for getting youth outdoors and preserving our American heritage as anglers and hunters who live with and understand nature. As a researcher and field biologist, his work was primarily with terrestrial wildlife, but his personal interests include angling. The fishing community will be well-served by his enthusiastic leadership.

The new executive director also clearly understands the importance of the human-dimensions aspects of wildlife management. He has promoted hunting summits to bring in various stakeholders to discuss the future of hunting and incorporated solid research and marketing approaches to meet hunters’ needs. These same issues have been of concern in the fishing arena.

In keeping with the theme of stakeholder input, similar efforts have been ongoing and involve individual freshwater anglers and diverse Florida businesses that derive their livelihood from ensuring that top-quality, safe and sustainable fishing opportunities are available throughout Florida. A series of regional summits led to development of an initial planning document in 2008 titled “The Future of Freshwater Fishing – A Vision for Florida’s Freshwater Resources.” From there, an independent Florida Freshwater Fishing Coalition spun off, which is becoming a more vocal advocate for the conservation needs of our freshwater resources.

So as we change those calendars and start the new year, the Division of Freshwater Fisheries Management feels the FWC is well-positioned to continue to ensure that Florida is the Fishing Capital of the World. We thank Ken Haddad for his past leadership and look forward to embracing the enthusiasm Nick Wiley has for our fish and wildlife, engaging youth in active nature-based recreation and ensuring that your voice as an angler is heard.

With that in mind, don’t forget we are looking for your ideas pertaining to a Long-Term Management Plan for Black Bass. To learn more, visit MyFWC.com/Fishing and view the Black Bass Management information in the yellow box. You’ll have the opportunity to complete a survey to provide the FWC with more information about what you think is important to having quality bass fishing in Florida. 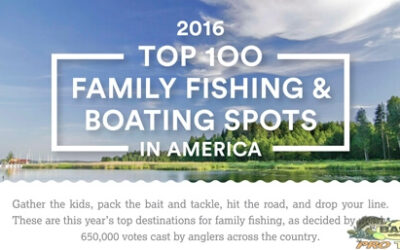