When everything is in sync and his timing feels perfect, Chris Lane says he experiences a sensation like a clock ticking inside of him. He yells “Pow!” when he boats a big bass.
Over the four-day Bassmaster Elite Series event on the St. Johns River system, Lane heard the tick-tock, and his word of triumph exploded repeatedly from his lips.
Starting Sunday’s final round with a 12 1/2-pound lead, the tournament was Lane’s to win or lose.
Lane not only stayed in stride the final day by catching 15 pounds, but he also he walked off with the victory in high style: His winning margin was 14 pounds, 4 ounces over the second-place finisher, Dean Rojas.

Lane amassed 90-13 over the four days of competition. He added a sixth Bassmaster victory to his resume that includes being the 2012 Bassmaster Classic champion and a 2013 Bassmaster Elite Series winner.

A Florida native now living in Guntersville, Ala., Lane’s win in Palatka, Fla., was like coming home for the victory parade. Fans flocked to him for autographs, and several photographers shot a family photo of so many people, they almost fell out of the cameras’ viewfinder.

“To win here in Florida is something special for me. This (the trophy) is for my family who got up at 3 o’clock and drove all the way from Guntersville,” Lane said.

All four days of competition Lane fished on Dexter, a lake of the St. Johns River system peppered with lily pad patches with an average depth of about 7 feet and about a mile long.

He decided on Dexter during practice for the event because he’d fished it before. His instinct was proved right when huge bass began to hit his lure so hard, they were sawing tough lily pad stems in half, he said.

Even when he was in 15th place on the first day, Lane did not question his decision to stick with Dexter. The conditions there were perfect – higher water and lower temperature than normal for March.
His reward for keeping faith in his instincts came on Day 2. He produced the event’s largest catch of 37-9, plus the lead by almost 9 pounds. Day 3 with 19-9, he stretched that margin to an incredible 12 pounds, 8 ounces, the second-largest lead in Elite history.

On Sunday, he returned to Dexter. If the lunkers were still there, he didn’t find them.

“I knew things were getting a little slow because there are only so many lily pads to fish, and once you take two or three fish off a pad, you’re not going to go back there and catch another one,” he said. “It was getting thin. I had to buckle down today and grind hard.”

Lane either cast into Dexter’s pads or punched a jig into the vegetation, targeting largemouth bass that were prespawners and postspawners, he said.

Which pads held bass, he said, “was just something you learn from fishing in Florida. You can’t explain it, but you know when you see it. And in practice I tried to find a patch I could get not just one, but eight bites out of.”

Casting to pads was his choice over sight fishing in eel grass, a pattern employed by many in the 108-angler Elite field.

Lane said he considered his winning lures to be a Luck-E-Strike ribbontail worm in black-and-blue, and a prototype soft stickbait being developed by Luck-E-Strike. He rigged both with a 1/8-ounce Reins weight. His jig, he said, was homemade, black-and-blue and rigged with a 3/4-ounce weight and 65-pound line.

Trailing Lane by 14-4 was Rojas of Lake Havasu City, Ariz. Rojas was happy with his second-place finish at 76-9 because he’d been in 20th place after Day 1, then climbed to 11th, then ninth before ending in the runner-up position after weighing a five-bass limit of 21-10, his best of the event.

By finishing in third place with 75-4, Mark Davis of Mount Ida, Ark., retained his early lead in the race for Toyota Angler of the Year, an award he’s won three times. Taking fourth place at St. Johns with 74-7 was the 2012 Elite winner on the same fishery, Alton Jones of Lorena, Texas. Fifth place was by Davy Hite of Ninety Six, S.C., with 73-3.

Bonuses that Elite pros earned at the St. Johns event were:

Next up for the Elite Series is the April 3-6 A.R.E Truck Caps Bassmaster Elite at Table Rock Lake out of Branson, Mo.
St. Johns Event Local Host: Putnam County Chamber of Commerce.

← Prev: Morrie and Friends on Lake Okeechobee Next: Restoration plan for manatee haven Blue Spring is a first for Florida → 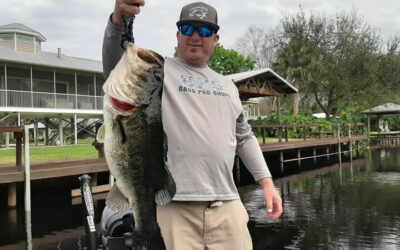 March Florida River Fishing The St. Johns River is a location in North Florida known for its incredible fishing. It is... 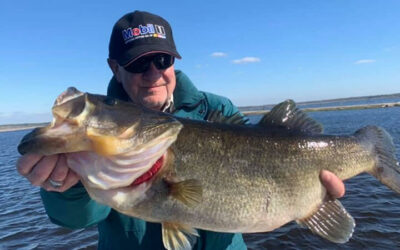 March Rodman Fishing Trips Bass fishing is better than ever here in North Florida. All across the state of Florida,... 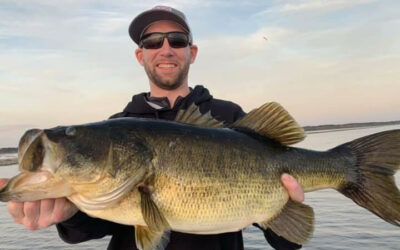 March Fishing Rodman Reservoir If there is one place in the whole state of Florida to consistently catch trophy...