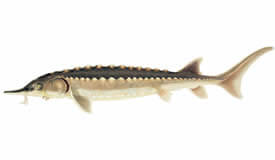 Other Names: Chondrostei –Mediterranean and Scandinavian

Sturgeons are a species of fish in the Acipenseridae family and are closely related to the paddlefish. A majority of sturgeon populations are listed as endangered. The U.S. Fish and Wildlife Service currently works with the Great Lakes Fisheries to restore this species. Though sturgeons are one of the most endangered fish species worldwide, they have been around for a while, with their earliest known relatives roaming the waters more than 350 million years ago.

They are abundant in the waters of North America as well as Ukraine and southern Russia. There are about 29 sturgeon species of the family Acipenseridae, subclass Chondrostei, and they’re all native to waters of the northern hemisphere.

Most sturgeon species live in saltwater, migrating from the ocean to freshwater bodies to breed, where they lay numerous small eggs or roe. Sturgeon eggs are very sticky and often adhere to rocks. There are a few species of sturgeon that are confined only to freshwater rivers and lakes. The sturgeon is a late-maturing fish that’s popular for its meat and eggs for caviar.

The old world sturgeon in the Mediterranean and Scandinavian areas is more common than their close relatives who inhabit the east coast of North America.

The Green Sturgeon is the widest-ranging sturgeon fish species. They tend to spend more time in marine environments, only traveling to a river system to spawn. Green Sturgeon is an ancestral fish that predate the dinosaurs. Their colors range from olive green to gray or golden brown.

Sturgeon fish young grow rapidly, maturing to between seven and ten feet in adulthood for most species. Fishes found in North America attain around 3 to 10 feet, weighing close to 500 pounds, and there have been specimens observed at nearly 26 feet, but these are rare.

The rock or lake sturgeon, occurring in the Great Lakes, the Mississippi River, and Canada, can weigh up to 200 pounds or more. The largest of the North American sturgeons is the Sacramento, Oregon, or white sturgeon, a pacific coast inhabitant that can weigh over 1,750 pounds.

Sturgeons have elongated body features with a flattened snout and head, seemingly appearing five-sided. Their bone structure consists of scutes or plates that cover their head and longitudinal rows along their body.

A prominent feature of sturgeons is the four tactile barbels, sensory organs that the fish has in the underside of its toothless mouth and which it uses for bottom-feeding small fishes invertebrates and algae.

These fish have a tail fin that’s heterocercal, meaning the lower lobe is shorter than the upper one. The first ray of a sturgeon’s pectoral fin is hardened to a bony spine and used to determine the sturgeon’s age.

The lake sturgeon, also called the rock sturgeon, is the largest and oldest native species in the Great Lakes. Their scientific name is Lake sturgeon Acipenser fulvescens, and they thrive in both rivers and lakes, usually in depths of about 5 to 9 meters. They predominantly live in the Hudson River, Mississippi River, and the Great Lakes. This fish species was once abundant in the Great Lakes ecosystems, but the lake sturgeon populations have decreased due to overharvesting. Lake Sturgeon are bottom-dwelling feeders. They will feed along the bottoms of lakes and river systems for insect larvae and small invertebrates. Their favorite prey is crayfish, clams, snails, and leeches.

The rock sturgeon or lake sturgeon can reach a length of seven feet and is identifiable by its gray fins, white underbelly, and olive-brown sides with rows of bony plates. Its top bony scales are similar in color to the ones covering the body’s sides.

Lake Sturgeon adults migrate to the shores of freshwater lakes and rivers in the early summer to start spawning. Sturgeons are late to mature and may not begin breeding until they are 15 to 25 years old. Lake Sturgeons only spawn on average about every four years. Lake Sturgeon Females lay anywhere from two to three million eggs per spawning season. The spawning rivers of Lake sturgeon are usually their natal rivers.

Lake sturgeons live for a long time, males can reach over 55 years old, and there are records of females getting over 150 years of age. Lake surgeons sometimes jump in the air after entering a spawning habitat or stream. Lake Sturgeon’s maturing later in life and irregular spawning cycles has made saving them more difficult

Lake sturgeon were once abundant throughout America’s Great Lakes. Overfishing in the 1800s and early 1900s eliminated much of the lake sturgeon populations. They became a threatened or endangered species in Michigan n 1994. This marked the start of the recovery programs attempting to revive the Lake Sturgeon populations.

Rehabilitation for the Lake Sturgeon species has been difficult because of their unique spawning habits and other negative factors such as pollution, destruction of their primary food sources, habitat loss, and invasive species. Other factors include the construction of dams along their migration routes and deforestation. Climate change will likely magnify the threat to the Lake Sturgeon populations as the rising water temperatures dramatically decrease the quantity and quality of spawning habitats. The changing climate can disrupt the timing of Lake Sturgeon reproduction and the length of peak growth periods. The shifting environmental cues and warmer water temperatures affect the stream’s ecological process and the ecosystem’s health. They are especially vulnerable to these changes in water levels and increased runoff that comes with extreme weather and climate variability.

There are three sturgeon species found in Florida, the Atlantic Sturgeon, The Gulf Sturgeon, and the Shortnose Sturgeon. They all have a round body with five rows of bony plates or scutes. They all have a bony skeleton, no teeth, and the upper lobe is their tail is longer than the lower lobe, similar to a shark. These Florida Sturgeons are all anadromous, meaning they live in salt water and spawn in freshwater. These Florida sturgeons are all long-lived, consistently exceeding 25 years old.

The Atlantic Sturgeon lives along the northeast Atlantic coast. This species is more long-lived than the others, commonly reaching over 60 years of age. The lifespan of Atlantic Sturgeon strongly correlates with how far north or south they live. The Atlantic sturgeon in adulthood can reach lengths between 12 and 14 feet. They feature a blue-black or gray upper body that contrasts with a white outline on its rows of body plates, the paired fins, and lower tail fin portion. People value the eggs of Atlantic sturgeon as high-quality caviar.

The Atlantic Sturgeon is a fish Species of Special Concern in Florida and currently under consideration for federal agencies’ Threatened status. The Atlantic States Marine Fisheries Commission manages them presently. Recently over 200 Atlantic Sturgeon babies were found in the James River for the first time in years.

The Gulf Sturgeon is a subspecies of the Atlantic Sturgeon found along the Gulf Coast. Native populations live in the Suwannee and Florida panhandle river systems. The Gulf and Atlantic sturgeon look so similar that the only reliable way to tell them apart is with DNA analysis. Like the Atlantic sturgeon, this species grows between six and eight feet long and exceeds 200 pounds. These sturgeons are a species of particular concern in Florida and a threatened species Federally.

The shortnose sturgeon lives along the northeast Atlantic Coast and has been found in the St Johns River, though recent research indicates their overall occurrences here are infrequent. This sturgeon fish species averages closer to 30 years of age but have reached ages over 67. These sturgeons are also smaller than the other two North American Sturgeons. They grow about three to four feet in length. This sturgeon is a darker-hued fish, with a back that’s black or brown and a yellowish belly, paired fins with white outlines, and side scales lighter than the general body color. The shortnose sturgeon is endangered in both Florida and Federally.

Anglers can catch sturgeons in many large lakes and rivers in depths of about 16 to 29 feet. They have traveled across Lake Erie from east to west, but Buffalo Harbor is the only part of Lake Erie that they are known to spawn naturally. Sturgeon tend to move to deep holes and runs to feed. Popular baits for sturgeon are Lamprey and smelt. Other popular baits are squid, shrimp, crawfish, shad, and nightcrawlers. Fishing gear for sturgeon should consist of strong rods, reels, and lines. Heavier fishing gear will allow you to pull the sturgeon in quicker, resulting in less stress and a better release.

The population of the white sturgeon species in the Kootenai River was listed as endangered in 1994. The White Sturgeon range from California to Alaska. Since the Kootenai River is landlocked, these sturgeon fish have been blocked from their anadromous coastal populations for over 10,000 years. The Kootenai river starts in British Columbia’s Kootenay National Park in Canada; it flows 485 miles into northwest Montana, then into Idaho.

Current conservation actions include adequate flows during reproduction and a juvenile rearing program operated by the Kootenai Tribe of Idaho.

A couple from England were vacationing and fishing near Chilliwack, BC, Canada, when they reeled in a 12.4 ft. white sturgeon that weighed a whopping 1,102.3 pounds. This monster had a circumference of 53 inches and is the biggest sturgeon caught in North America. The anglers released the large sturgeon in the Fraser River.

According to the International Gamefish Association, the world record for the largest freshwater fish ever caught on a rod-and-reel in North America was the 9-foot-6-inch white sturgeon fish was estimated to be 100 years old.

WHERE CAN YOU FIND BEST STURGEON FISHING 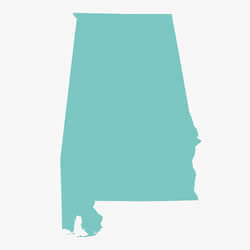 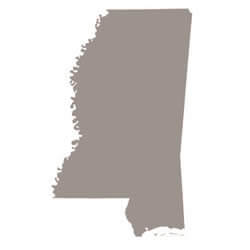 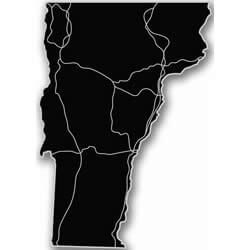