(Jan. 31, 2009 – Tavares, FL.)… Helped by a limit weighing more than 30 pounds on the second day of competition, Bryan Hudgins of Orange Park, Fla., scored victory at the Bassmaster Southern Open on Florida’s Harris Chain of Lakes in commanding fashion Saturday. Hudgins’ final day tally was 14 pounds, 9 ounces, which upgraded his three-day total of 68 pounds, 10 ounces, enough to hold off his nearest competitor, Scott Ashmore of Broken Arrow, Okla., by more than 10 pounds.It was a different approach to the Harris Chain that aided Hudgins. The vast majority of the nearly 200-pro field found spots far from the launch site, some up to an hour and a half away, but Hudgins fished within ten minutes of the ramp. He pulled all of his weight from the same area by flipping a Git ’Em Bait Co. craw, in either black and blue or watermelon red, into emergent vegetation.

With the launch temperature hanging around 40 degrees, Hudgins decided to stick to his plan of fishing close where there was little boat traffic.

“Most of the guys ran way far away, so the water was all muddied from the boats passing through there all day for the past week,” said Hudgins. “Those fish took a pounding so I thought the bite would slow, and it did. I didn’t burn a quarter tank of gas the whole time.”

Hudgins said the bite was good for him early in the day, then died off after noon.

“It all came together yesterday, and continued into today,” he said.

Ashmore, who had a shot at victory if he performed better on the final day, blamed two of his weighed fish for his light total of 12-1 Saturday.

“I had two fish get off, I think they were about three and four pounds, and while I don’t know if I would’ve won with that, it would’ve made it close,” he said. “The fish I was on today had been hit hard all week, there was a couple other guys fishing that same area, so they tightened up today for sure.”

In the co-angler division, Donnie Dodd, of Guntersville, Ala., took top honors with 32 pounds, 7 ounces. Dodd zeroed on the first day, but rocketed up the chart with five fish weighing 19 pounds, 2 ounces on Friday. Dodd won a Skeeter/Yamaha rig valued at over $32,000 with his amazing comeback win.

Dodd took the lead from Marlon Crowder of Tampa, Fla, who held top position for the first two days. Crowder’s three-day total of 30 pounds, 10 ounces, was good for second while Ben Potaracke of La Crosse, Wisc., was third with 26 pounds, 15 ounces.

Greg Vinson’s 10-pound, 2-ounce largemouth he caught on Day One held up as big bass of the tournament. The Wetumpka, Ala., native and Elite Series pro finished 6th on the pro side with 45-pounds, 11-ounces. Pam Martin-Wells, a pro on the Women’s Bassmaster Tour presented by Academy Sports + Outdoors, finished 23rd with 31 pounds, 0 ounces.

Next up for pros in the three-tournament Southern Open division is the April 30-May 2 event on Wheeler Lake out of Decatur, Ala.

For more than 40 years, BASS has served as the authority on bass fishing. With its considerable multi-media platforms and expansive tournament trail, BASS is guided by its mission to serve all fishing fans. Through its industry-leading publications Bassmaster Magazine, BASS Times and Fishing Tackle Retailer and comprehensive Web properties in the Bassmaster and ESPNOutdoors websites, the organization is committed to delivering content true to the lifestyle. Additionally, television programming on ESPN2 continues to provide relevant content ? from tips and techniques to in-depth tournament coverage ? to passionate audiences.

BASS also offers an array of services to its more than 500,000 members while spearheading progressive, positive change on issues related to conservation and water access. The organization is headquartered in Celebration, Fla.

← Prev: Top Freshwater Fishing Destinations in Florida for 2009 Next: McMillan is the man, despite local PRO protesting! → 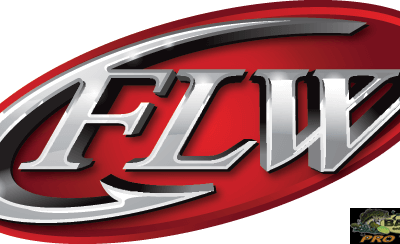