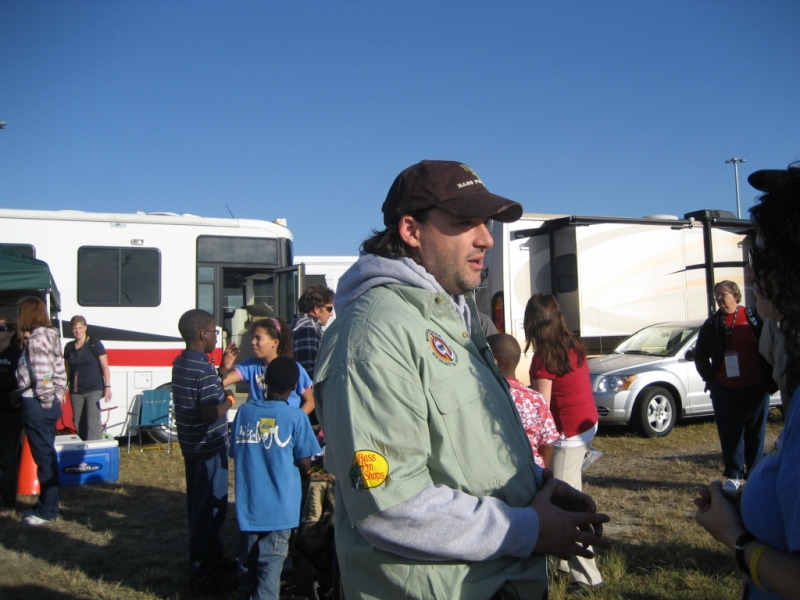 Amoung the excitement of the final race for the NASCAR Nextel Cup championship, drivers Tony Stewart, Kyle Petty, Ryan Newman, Greg Biffle, Clint Bowyer, Martin Truex, Kyle Busch, and others took time out to relax and enjoy the sunny but crisp November morning and fish for trophy bass and Peacock bass which were both stocked in the infield lake.

“This was a great day that combined fun, excitement and two of America’s favorite pastimes — Florida bass fishing and racing — all while bringing awareness to a worthy cause,” Gwynn said. “The Miccosukee Resort & Gaming Hot Rods & Reels Charity Fishing Tournament continues to grow in both popularity and funds raised. 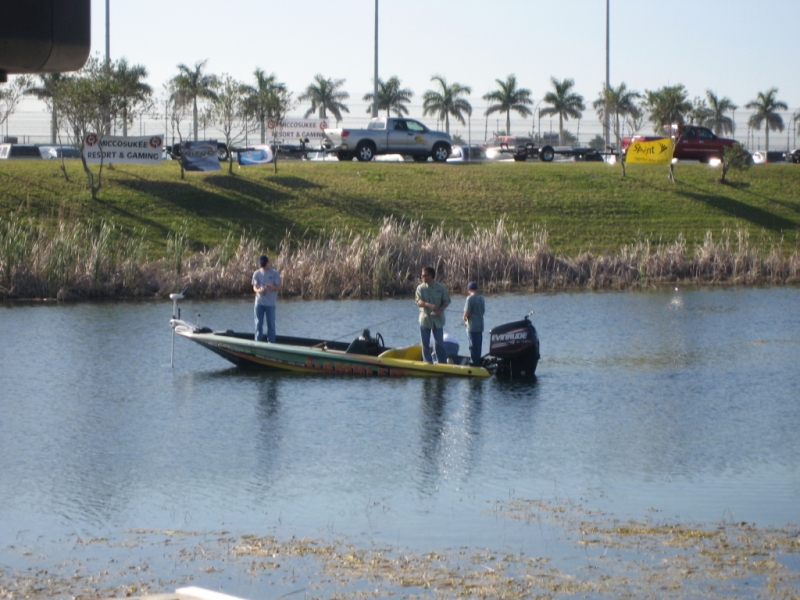 “We are grateful to the NASCAR drivers and celebrities who donated their time to fish with both corporate and individual fans, plus the sponsors who make this unique event possible. It also gives me pleasure to share with all of our participants the smile on young Jonathon Gorenflo’s face when he received his new power wheelchair, because that is the reason why we are out here today.”Each driver/celebrity was paired with two guest anglers in their own bass boat featuring an Bass Online.com recognized guide. After an hour and a half of fishing, only the top three catches of each team were weighed.

“My dad and my godfather saw an ad in the paper, and they said, ‘Oh, this is going to be great for Alex to go with his favorite driver,’” Lambert said. “I came in and just talked with Kyle for a while and had fun.””I fish a lot,” Lambert added. “My grandfather is a big saltwater fisherman. He loves it. He was the first person to take me fishing. We went to St. Thomas when I was about a year old and started marlin fishing, so it was fun.”

The eighth-grader landed three fish to Busch’s one, and said the NASCAR star was impressed by the catch.

“I’ve been a NASCAR fan for about five years, and was a Kurt Busch fan before Kyle, but when Kyle came along, I love Kellogg’s, so that just poked me,” Lambert said. “I’ve been a devoted Kyle Busch fan ever since.”

“We used live shiners, and after about an hour, they started wearing down and nobody was catching anything. So we switched to lures, and Kyle caught one on a lure. I didn’t have the best of luck. Live bait was just a lot easier because I think they used dynamite to dredge the lake out, so the fish just hang out at the edges. But Florida bass fishing is some of the best in the world and these guides know there stuff.